Opening the door to each child's future. 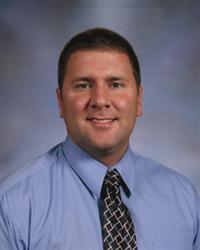 John earned a Bachelor of Science in Exercise and Sport Science – Sport Management with a concentration in coaching competitive athletics, and a Masters in Exercise and Sport Science – Sport Administration from the University of Wisconsin – La Crosse.  John received his WASBO Facilities Certification in 2010 and his Certified School Risk Management (CSRM) Certification in 2012.  In addition, John has his Building Operator Certification Level 1, and received his School Safety & Security Coordinator Certification from WSCCA in 2014. In 2017, John received the WASBO School Facilities Manager of the Year Award.

Opening the door to each child's future.